Porfirio’s style of directing films is recognized by his surreal, dreamy and passionate imagery. He draws attention to himself by creating films that push boundaries.

As the founder and CEO of “Hollow Ivory Tusk Pictures,” a motion picture company specializing in Spanish-language horror fantasy and suspense films, the visual artist creates imaginative films that are noteworthy in today’s entertainment industry. Being a new director in sight in the film industry, Porfirio has almost no film career yet. However, his passion for directing motion pictures that undoubtedly indulge in the sensory overload of gut feeling is his advantage and where he hopes to fulfill his dream.

Porfirio is currently set to release a couple of films in which he is the executive producer and film director of the films. Due to his ability to make creative decisions in all of his work, he retains the ability to communicate stories and convey themes to his audience in a way that makes him stand out from his contemporaries. This is Porfirio’s greatest asset.

To see some of his upcoming projects, visit http://hollowivorytusk.com for more up-to-date information.

Thanks for the opportunity here some details about the film

“Hay algo en ese vehiculo” is a movie that presents a really scary story about twins who are 100 years old and possessed by the devil, they also enter an old factory store and begin to condemn the mints of a group of friends who has been to the party there, many people were killed by the devil using the twins to converse with the rest

Actors in the interview

Alan de Jesus Diaz. : from Mexico – (playing Rafael, one of the team’s friends)

Nancy Lopez: From Mexico. – (she plays a friendly witch who has little knowledge about the history

Julio jaramillo. : From Peru. – Him. He is playing Alejandro, one of the first friends of the group who is possessed and used by the devil to kill the rest of the friends and in the end he is also killed.

Oscar relented. -He is playing Vicente El Monje This wet character communicates in good ways how to avoid the power of the devil and the twins trying to communicate to the boys in different ways so that they are finished.

Viviana Mejía: CAMILA. She is one of the friends of the young lady’s group, she is very scary and is confused with everything that is happening.

Messenger of EVIL 1 ABIAS, CANET JUNIOR, one of the guys who blocks the group of friends when they try to get out of difficult areas

Messenger of EVIL 2 Andrés. : JOSEPH. GARCIA, this is another message people of the devil 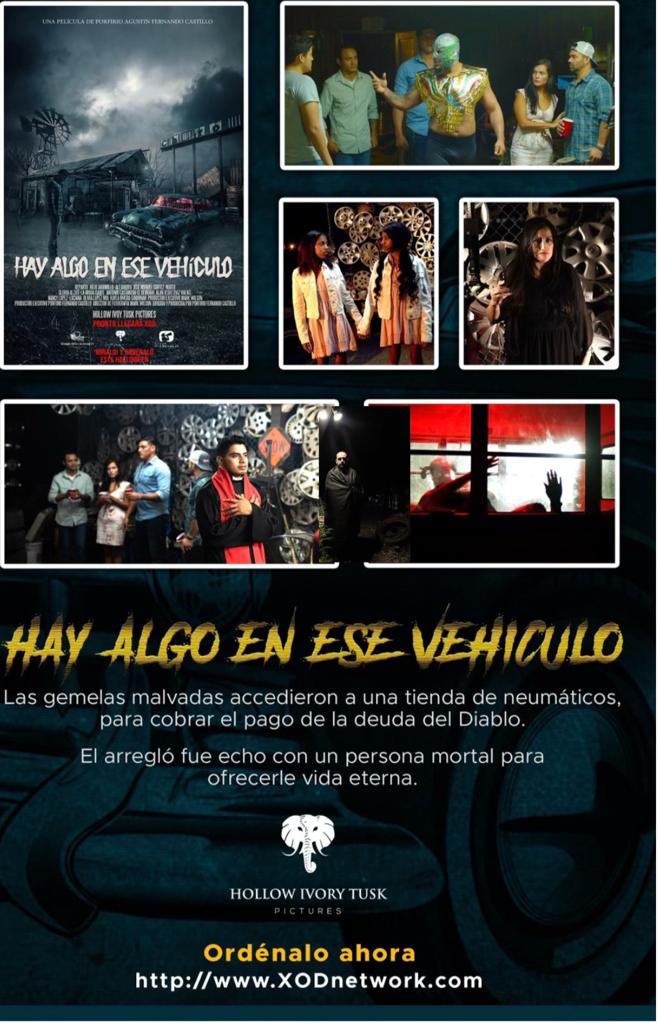